Australia will soon have mandatory notifications of data breaches.  How this affects you is described very well in the article below:

Source: What does data breach notification mean for you? – Security – iTnews

We had a client with document open problems. They can open up Word/Excel/PowerPoint from a document attached to an email by either clicking on it or saving to their desktop and then double clicking BUT if they double clicked on a network file it opens up a Blank Document dialogue (the standard Word/Excel dialogue when you just open up the program).

We tried repair of Office (both Quick and Full – and even re-licensed Office) without success. We tried resetting the the file associations – with no luck. We did a compare of local Word settings to the clients (luckily the same version) but still no luck.

What we then did on a computer that worked was the capture the actual command (via PROCMON) that gets used when we double click on a document to open it up:

So, we then did this on the client’s computer. In order to save a bit of typing we decided to take a local copy of the document to C:\temp\ so we had:

as the command to open up Word with that document.

Bizarrely it worked! So, we then decided to open up the document from the S: (shared) drive and that failed (well, it started up two copies of Word – one that died and then the second one that opened up the Word start up screen):

We then decided to see if opening it up using the full path worked – and it did:

So, we had “lucked in” and now had some more information to work with. This managed to get us via Google to the following article: Office docs from network drives won’t open, specifically:

Same problem here. Windows 2008R2, Office 2013 Standard after moving from Xen to VMWare virtualization. I just wanted to say that this problem is also affecting us, but as I was typing, our Admin called back.

He created a new account, which had never used Office 2013 before and that worked!

He then deleted then %APPDATA%\Local\Microsoft\Office folder from an account that didn’t work, after which Office claimed that the profile was corrupt, but then it started normally, regenerated the profile and he can now open the files.

It might be worth renaming this folder and seeing if that works for you.

So, we closed ALL Office programs and renamed the Office folder (we ran this as Administrator to ensure we could rename the file):

And then we tried that command again:

And this time it worked!!!

Now, the client may have lost some settings/preferences – but at least he can now open up Word by double clicking.

All users should update their browsers – whether you use IE or not. As this is being exploited right now it is critical to get your systems patched.

We came into the office this morning to be greeted by an email from Google:

After a bit of research it seems that WordFence versions prior to 6.0.14 are causing this issue. SO, if you do see this issue, PLEASE upgrade to 6.0.14 and the Google Crawler will index your page correctly.

This bug is about as serious as they come for enterprises. An attacker who is able to discover the default SSH key would have virtually free reign on vulnerable boxes, which, given Cisco’s market share and presence in the enterprise worldwide, is likely a high number. The default key apparently was inserted into the software for support reasons. 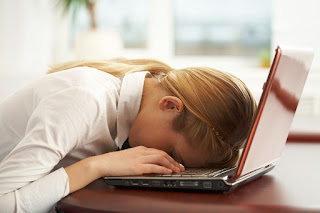 Check the Folder %ProgramData%\Samsung folder (usually C:\ProgramData\Samsung) and remove “Disable_Windowsupdate.exe“.  Also, check for any scheduled tasks that run this program.

Source: When Solid State Drives are not that solid | Milliseconds Matter

You may be unable to update Centos via yum after installing the most recent updates. The issue is described in this article:

What you will likely see if you attempt to do updates or certificate checks or even find out what packages are installed:

So, in all of these cases it looks like the RPM database (that holds all the details of what has been installed, what they contain, etc.) is corrupt – when in reality the nss-softokn-freebl library that we are trying to install is the wrong version – simply because they did not get installed AT THE SAME TIME as the nss-softokn libraries.  The Centos guys SHOULD HAVE set a dependency from nss-softokn to nss-softokn-freebl – but they forgot to do that and hence we have this issue.

Simple fix (NOTE: the following commands are for 64 bit versions of Centos):

Login as root (you may need to sudo bash to start up a shell as root if you use a USER login):

(hopefully the last step will work and fix up the yum & rpm databases).

Hope this helps others out with the updates.

More than 100,000 websites running on WordPress content management system have been found to be infected with malware that attacks the devices of site visitors. Google has blacklisted more than 11,000 domains. Reports suggest that the attackers exploited a vulnerability in the Slider Revolution Premium plug-in, which the company has known about since September 2014.

Moral of the story: Install WordFence and keep as up to date as possible with the WordPress plug-ins.

Today, WordPress 4.0.1 was released, which addresses a critical XSS vulnerability (among other vulnerabilities). [1]

The XSS vulnerability deserves a bit more attention, as it is an all too common problem, and often underestimated. First of all, why is XSS “Critical”? It doesn’t allow direct data access like SQL Injection, and it doesn’t allow code execution on the server. Or does it?

XSS does allow an attacker to modify the HTML of the site. With that, the attacker can easily modify form tags (think about the login form, changing the URL it submits it’s data to) or the attacker could use XMLHTTPRequest to conduct CSRF without being limited by same origin policy. The attacker will know what you type, and will be able to change what you type, so in short: The attacker is in full control. This is why XSS is happening.

The particular issue here was that WordPress allows some limited HTML tags in comments. This is always a very dangerous undertaking. The word press developers did attempt to implement the necessary safeguards. Only certain tags are allowed, and even for these tags, the code checked for unsafe attributes. Sadly, this check wasn’t done quite right. Remember that browsers will also parse somewhat malformed HTML just fine.